Home Botany A SPECIES IN DANGER, A FOREST IN DANGER

A SPECIES IN DANGER, A FOREST IN DANGER 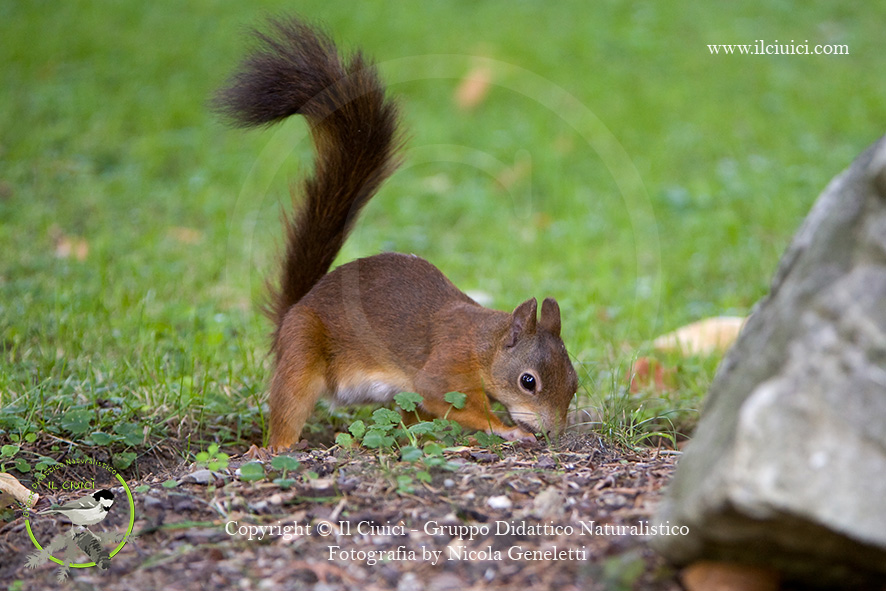 One of the major threats to biodiversity is the spread of alien species (species transported outside of its distribution capabilities for the direct or indirect action of man): animals and plants introduced into new environments where they often alter local biodiversity, arriving also to supplant native species that have always been present in the area.

Today the Eurasian Red Squirrel, our native species, is dying in Britain and Ireland, due to the introduction by man, of the American Gray Squirrel (Sciurus carolinensis, Gmelin 1788). The Gray Squirrel is also present in Italy and, in the absence of intervention, in our country the Red Squirrel will face extinction. The same problem will occur later in the countries bordering Italy, like France and Switzerland.

Squirrels not only use the forest for living and feed themselves, but also help the forest itself in its processes of renewal. Over the years of strong production of seeds, especially those species that squirrels love (hazel, beech, chestnut, pine, Scots pine), squirrels store some seeds collected.

Squirrel takes a nut fall to the ground with his mouth, digs a small hole 3-6 cm deep with his front paws, places the hazelnut with the help of the snout and covers everything with the ground. This behaviour is called “caching” or “hoarding“. In autumn, when nuts or conifers cones are ripe, squirrels can spend up to an hour hiding groups of 1-5 seeds in holes dug in the ground. Many of the seeds hidden will be recovered from the animals in winter and spring, but part will be forgotten. The seeds left in the ground will then have the ability to germinate and give rise to a new plant.

The behaviour of seeds storage (caching behaviour) achieved by the squirrel is very important for the renewal of many tree species, in particular for plants that produce heavy seeds that have little chance to germinate when they fall close to the mother plant. In this case, squirrels, hiding seeds away from the trees, promotes germination. Much of the renewal of chestnut trees in mixed forests, for example, depends on squirrels, as well as the renewal of the stone pine is related to the action of seed dispersal done by nutcrackers and squirrels; squirrels also help the renewal of beech, hazel and oaks.

European Squirrel eats also many fungi, including those hypogea (truffles and similar species). This action is very important because fungi are essential for the growth of many plants. Between the roots of the plants and the underground mushrooms filaments (hyphae) is established, in fact, a symbiosis: the fungus gives water and mineral salts to the plants, and receives in return elaborated organic substances. Squirrel, when eats mushrooms, release spores (the reproductive part of fungus) in his feces. These latter, once on the ground, can germinate and give rise to a new fungus and a new association with plants. Mutual ecological relations then links squirrels, mushrooms and trees, which ensure the presence of the rodent, but also of plants and fungi.

The Grey Squirrel has a strategy of storing seeds and consumption of mushrooms quite different from the Eurasian Red Squirrel, for this, the replacement of native species with the American one could have negative effects on the composition and functioning of the woods.