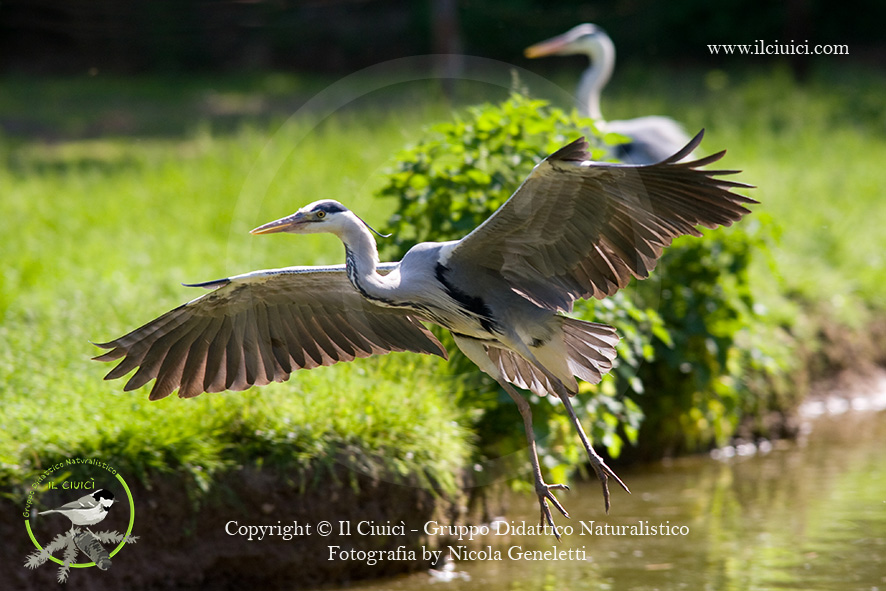 Ardeidae is a family of birds Ciconiiformes including 19 genera and about sixty species, widespread in all tropical and temperate regions of the world. Ardeidae includes birds commonly known as Herons, Egrets, Night Herons, Bitterns, Little Bittern, etc. Small, medium or large, the Ardeidae possess a very long straight and sharp beak, thin and very developed neck, very long- paws with four toes. Their wings, very wide, contrast with a very short tail; plumage is very abundant and includes, in certain species, long feathers on the back and on the head that are erected as a display of threat or during greeting ceremonies between partners.

The colour is usually white or grey, but there are species either very colourful or extremely camouflage. Ardeidae usually live near water where they establish colonies often vast. Their diet consists of invertebrates, fish, amphibians and other small vertebrates. The nest is very rough and built on the trees, among the vegetation or in the reeds, with branches and other plant materials. Many species nest in numerous colonies (heronries), in which a hypothetical intruder is assaulted by a rain of excrement thrown from above. Ardeidae are stationary in hot countries, migratory in temperate zones and missing in very cold climates.