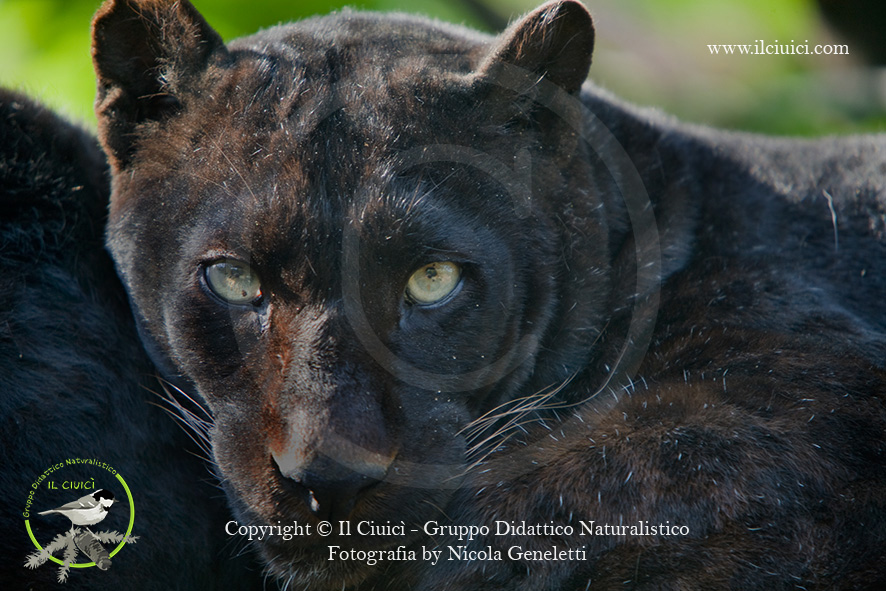 
Black Panther is the common name by which are called the blacks specimens (melanic variants) of some species of felines. Zoologically speaking, the term Panther is synonymous with Leopard. The genus Panthera is a taxonomic category that includes all species of a particular group of Felidae. In North America, the term Panther is commonly used to indicate the Puma; in Latin America is most often used for the Jaguar. Elsewhere in the world is referred to the Leopard (originally specimens with longer tails were deemed Panthers and Leopards the others; it is a common misconception that the term Panther necessarily indicate a melanic individual).

Melanism is more common in Jaguars (Panthera onca) – where it is due to mutation of a dominant gene – and in the Leopards (Panthera pardus), where it is due to mutation of a recessive gene. Close examination of one of these black cats still shows the presence of typical stains, simply hidden by the excess of the black pigment melanin. Melanic cats can be born in a litter with other babies who are not. In cats that hunt especially at night this condition is not harmful.