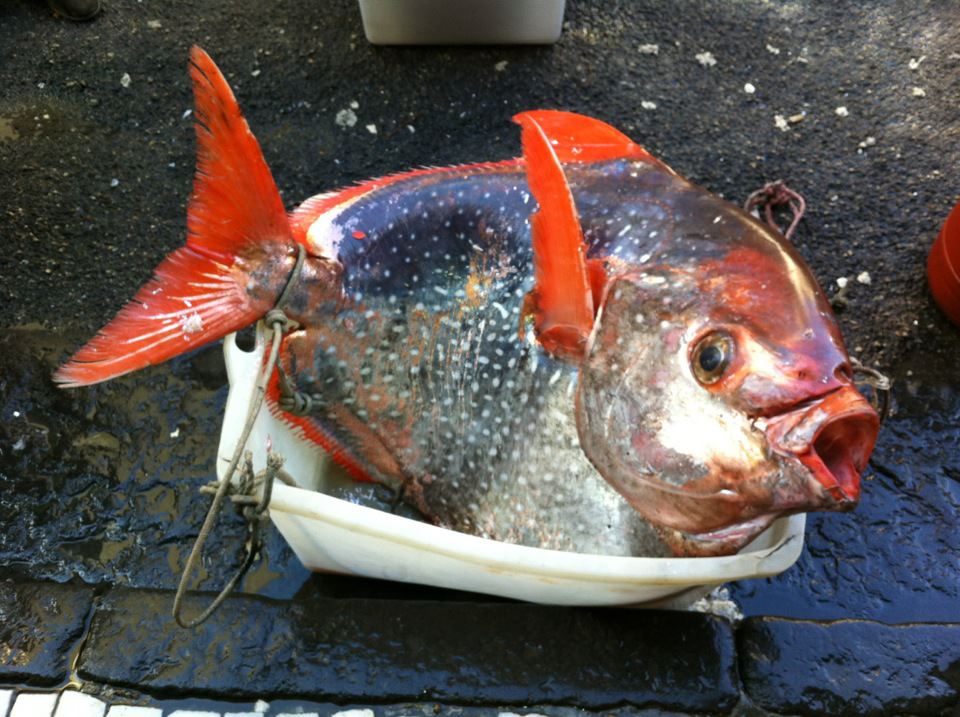 Just like Mammals and Birds (and, according to some theories, even some species of Dinosaur), the Kingfish or Opah (Lampris guttatus Brunnich, 1788), a sea fish belonging to the family Lampridae and order Lampridiformes, is warm-blooded. The discovery of some American researchers, recently published in Science, is sensational.

It is true that we already knew some fish, such as tuna and some sharks, which are capable of developing heat to warm muscles and organs in order to improve their “athletic” capacity and to swim faster during the pursuits but none of them succeeds to uniformly heat the entire body.

The Opah, instead, by a constant movement of the pectoral fins, generate heat within the body that is maintained and distributed throughout the body by the blood vessels due to a specific heat exchange that takes place in the gills (called exchange counter-current) unusually sprayed by a tangle of blood vessels surrounded by fatty tissue. This fact makes the Opah, to all effects, the first fish completely endothermic.

The Opah manages to maintain an internal temperature of about 5°C higher than that of the marine environment in which it lives even when plunges to 300 meters deep. At this depth, the water is cold and the fish that live there tend to be slow and unresponsive. Having warm blood benefits the Opah by speeding metabolism and the ability to move, shortening response times and hence making it a fearsome predator.

The Kingfish or Opah is a cosmopolitan species, widespread in all the seas and oceans, except polar. Its appearance is very characteristic, has a round shape, is compressed laterally and the head and mouth are relatively small.