Home Paleontology DO NOT CALL THEM DINOSAURS

DO NOT CALL THEM DINOSAURS 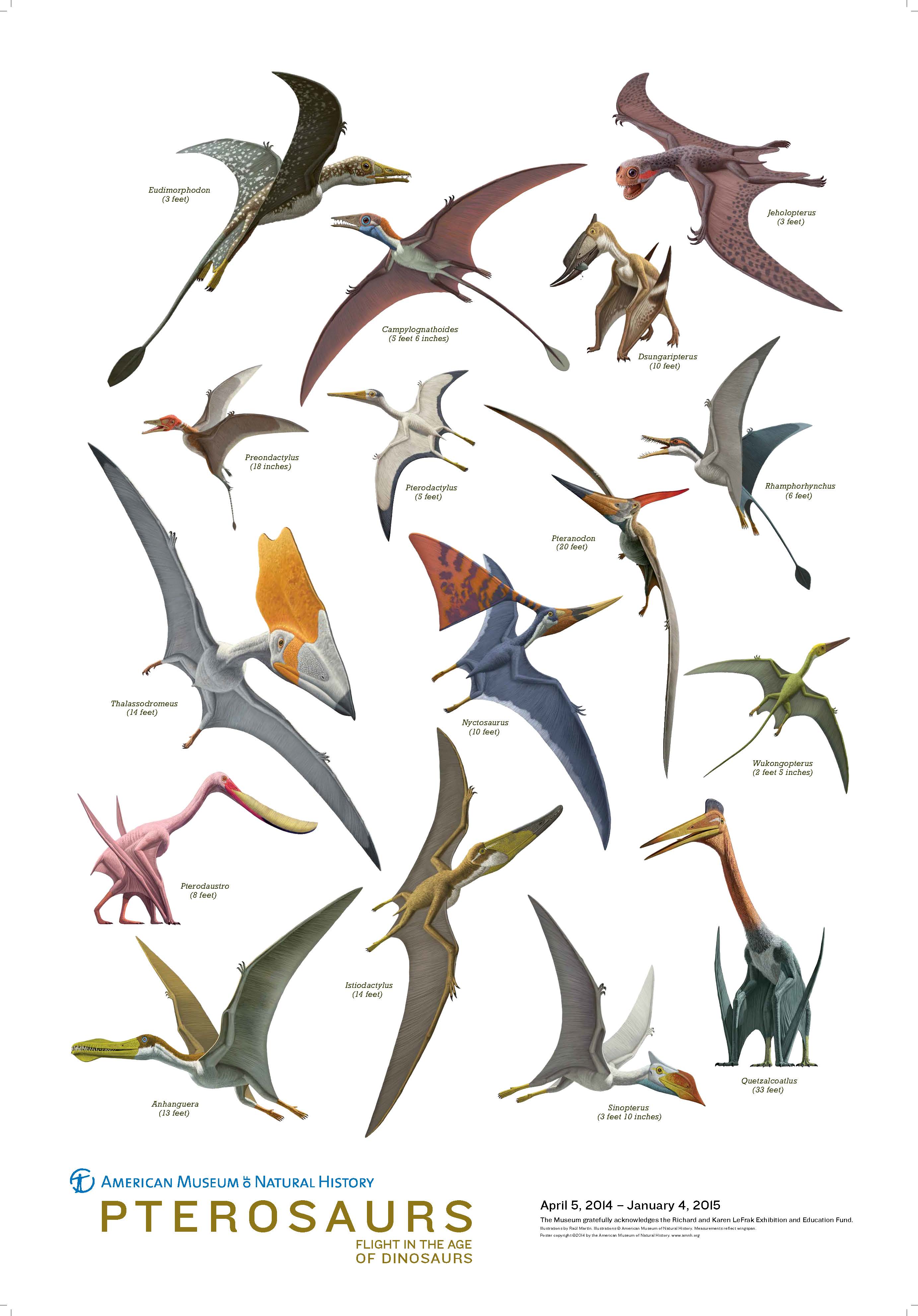 Pterosaurs and dinosaurs belong to the group of Ornithodira, but are classified under two different superorders, the Pterosauromorpha and the Dinosauromorpha. The genetic distance between them is therefore the same as between a bear and a flying lemur. Define pterosaurs “Flying Dinosaurs” is therefore incorrect.

The word “pterosaur” means “winged reptile” and they lived at the same time of dinosaurs (from the late Triassic to Cretaceous). The earliest known pterosaurs already own all the peculiar characteristics of the order: short body, small pelvis bones and blended together, 5 toes, long neck, large head with sharp jaws and the foreleg modified for flight. The tail is stiffened by ossified tendons so that it could have used as a rudder. Most of the differences between the various species of pterosaurs are to be found in their skulls. The evolutionary changes in the cephalic bones suggest a remarkable variety in the ways of feeding.

The long and spaced teeth of Rhamphorhynchus or Pterodactylus were probably used to catch and keep fish, while the shorter teeth of Dimorphodon might have served to feed on insects. The flexible teeth of Pterodaustro (about 500 on the jaw) would act as a thin mesh that filtering water trapped microscopic plankton.

Pteranodon is one of the largest and best known pterosaurs, it had a 5-8 m wingspan and the skull is longer than the trunk, the length doubled by the pointed occipital crest. The crest could have served as a rudder to keep the head facing forward during the flight, however, it appears to have sexual dimorphism thereby putting aerodynamic function into the background.

Pteranodon was not the bigger pterosaur, that honor goes to Quetzalcoatlus from the Upper Cretaceous, which had an estimated wingspan of 11-12 m.

Eudimorphodon ranzii is the oldest pterosaur found in the world. It was discovered in 1973 in Cene, near Bergamo (Italy), in a slab of slate, by two researchers of the Natural Sciences Museum of the city. In the same museum you can see an artistic reconstruction of the fossil. The beak was depicted with the yellow and red colors in honor of the coat of arms of the city of Bergamo. Another young pterosaur of this species was found in the Valley Imagna (Bergamo), and donated to the Museum of Natural Sciences of Bergamo. This specimen preserves the oldest fossil evidence ever of wing membranes.

Pterosaurs are sometimes described as animals incapable of an efficient flight; more recent studies have rejected such opinions. The first proof is provided by different types of aerodynamic adaptation (hollow bones, elongated head); secondly pterosaurs were probably endothermic, since it seems they were covered with hair and elastic fibers: the exterior insulation provided pterosaurs with the high metabolic rate necessary for flight.

Due to the length of the wings Pterosaurs flew rather slowly but efficiently, and they were good at maneuvering. The profile of their wings is comparable to that of the existing marine good flyer, such as frigatebirds and albatross.

During locomotion on land, pterosaurs used the limbs of the front legs in a slow quadrupedal locomotion with the tips of the wings pointing upwards to the sides of the head. This posture has been confirmed several times from many examples of traces.