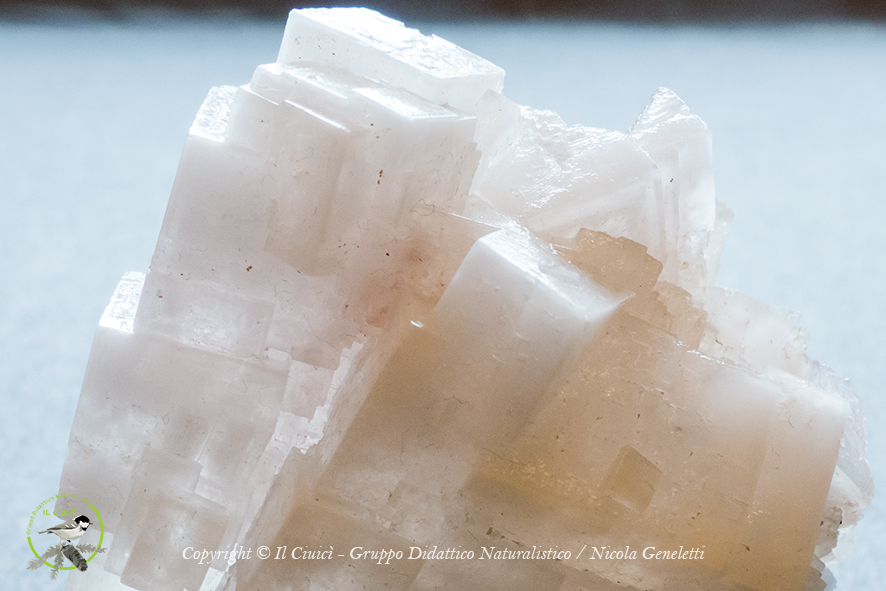 Formation environments are sedimentary chemical deposits derived from the evaporation of water, mostly saline, in enclosed seas and in hot weather.

In ancient times it was known as “white gold“, a vital element, valuable as much as water. Salt has played a key role in human history since the dawn of time.

In ancient Egypt was the exclusive preserve of the Pharaohs, while the Roman soldiers constituted the “salary”, which takes its name from the salt.

The only way, along with the snow, for preserving food, salt was considered so valuable that, even today, in superstition, spill it brings bad luck. So much so that at the Last Supper by Leonardo Da Vinci there is a salt shaker on the table upside down, unequivocal symbol of impending disaster.