Trilobites are a group of marine arthropods of small and medium-sized, lived during the Paleozoic Era disappeared completely at the end of the Permian, about 230 million years ago, although their mass extinction occurred at the end of the Devonian. 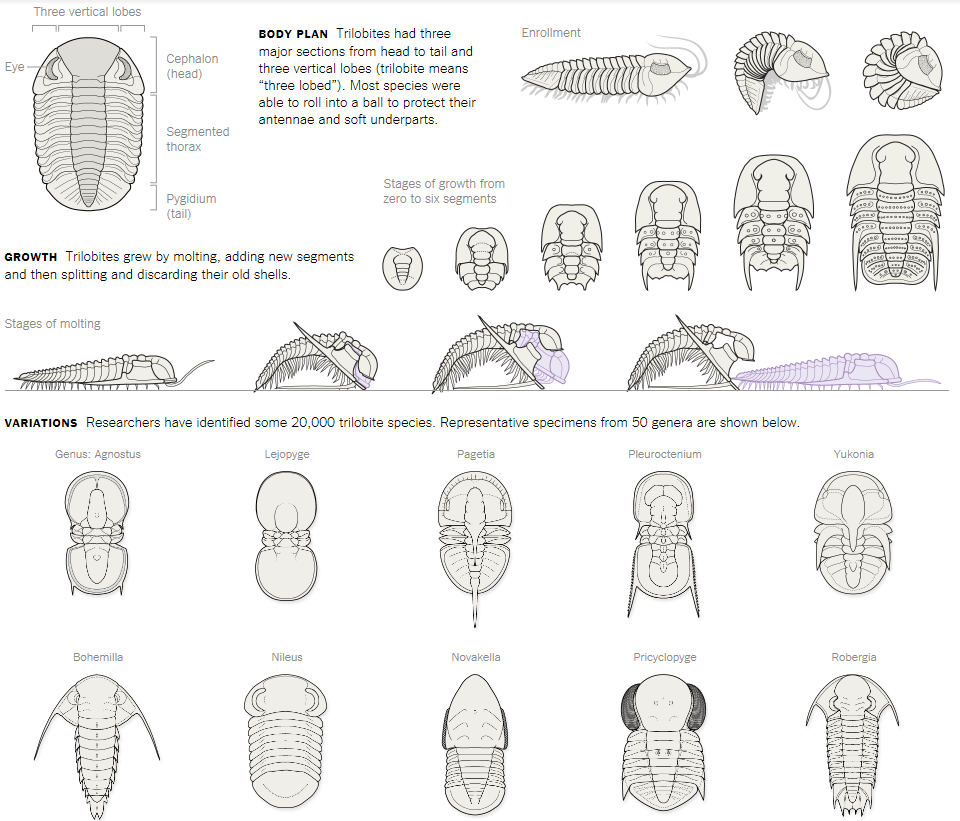 Trilobites are found in marine deposits of a variety of habitat that indicate how these animals were adapted to different environmental conditions. The flattened body, the position of the mouth and eyes, in certain forms entirely absent, the structure and arrangement of appendages prove, however, that most of the trilobites were benthic animals digging in the sediment, walked and swam on the seabed. Significant in this regard, was the discovery of fossil footprints (cruziane) left by these arthropods in fine sediments.

Trilobites ate mud and microorganisms. The growth proceeded to mute that were more frequent in the early stages of growth. They were preyed upon by fish and cephalopods that contributed thus to their extinction.

Their name comes from the shape of the exoskeleton, moderately convex to flat, both longitudinally and transversely divided into three parts. Longitudinally are observed a central part (rachise), two side lobes (pleura), transversely are constituted by a front part (cephalon), a median part (thorax) and a posterione (pygidium).

The Trilobites are considered “guide fossils“.