WHAT’S THE COLOUR OF WHITE BEAR? 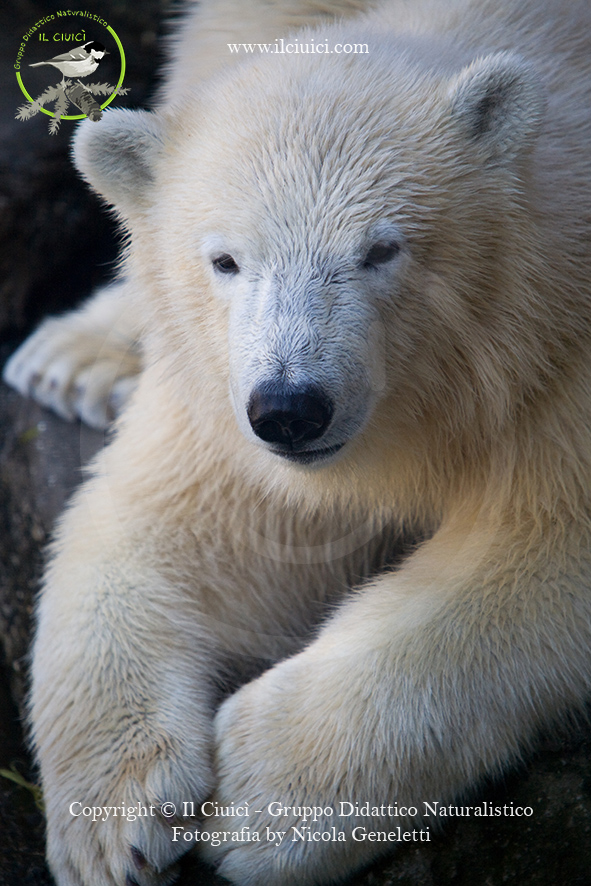 The Polar Bear or White Bear (Ursus maritimus, Phipps 1774), large carnivorous mammal belonging to the family Ursidae, definitely looks white, but as the old saying goes, looks can be deceiving. The outer hairs of the bear are actually transparent, and its undercoat is really colourless.

So why do Polar Bears appear white? Because each outer its hair, completely devoid of pigment, is provided in its interior of an empty pocket of air. When sunlight hits these empty pockets of air, they reflect light instead of absorbing it; and when the human eye looks at the fur, it appears white even though it is actually cream colour.

These two layers of the coat are an excellent device that allows Polar Bears to retain heat better maintaining a body temperature of about 37°C. The sun’s rays pass through the fur and reach the skin, from which are absorbed thanks to its black colour. It seems strange, and few know that the skin of the white bear is completely black.

The Polar Bears insulating function (from temperatures that can exceed 60 degrees below zero) is also performed by the subcutaneous fat layer that reaches a thickness of about ten centimetres. Unlike other mammals of the Arctic, the Polar Bear does not change in a darker colour during summertime.