Home Invertebrate LIFE IN A DROP OF WATER

LIFE IN A DROP OF WATER

Plankton (from greek πλαγκτόν, that vagabond) is the category that includes the ecological complex of aquatic floating organisms, not being able to actively directing their movement (at least in the horizontal direction), are passively transported by currents and wave action. Because of these properties, plankton is distinguished by nekton, the complex of living organisms in the water column with active swimming, and benthos, constituted by living organisms who inhabitants the seabed and with which they maintain a close relationship of trophic character.

The plankton includes microorganisms (unicellular algae, protozoans, etc.), larvae, small animals (such as shellfish that form krill), but also organisms of a certain amount as jellyfish and multicellular algae (such as Sargassum). 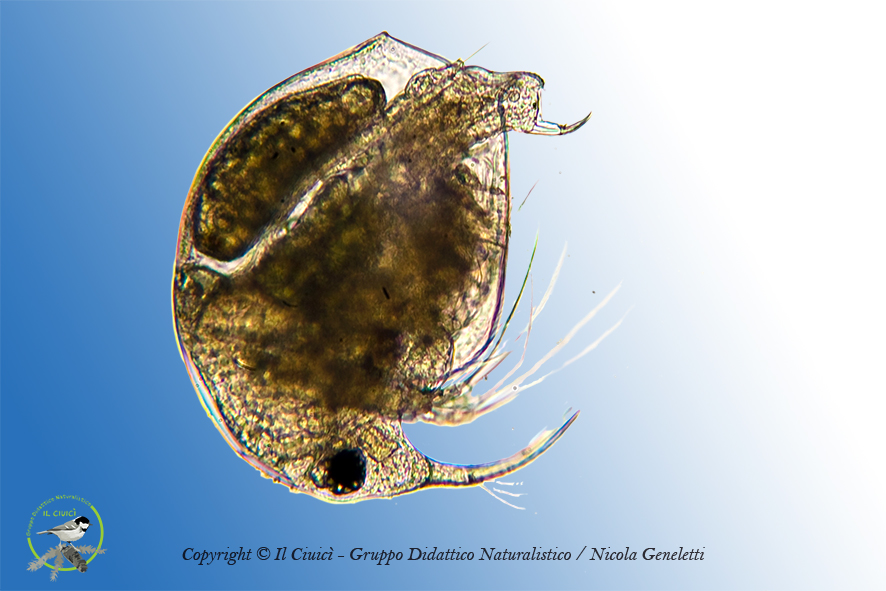 B. longirostris is one of the 620 species that are commonly called “water fleas” and is found in freshwater lakes and ponds around the world in temperate and tropical climates.

The members of this species have a sexual dimorphism: females possess large antennae that curve back over the head, instead absent in males, and are slightly larger, 0.4-0.6 mm in length from 0.4 to 0 against, 5 mm of males. Both sexes have a rostrum, a tip stuck on their head with sensory bristles. The function of the rostrum in B. longirostris is still unknown. However, the rostrum is usefull to distinguish B. longirostris from their close relatives, Bosmina sp., which lack this structure. They also have a carapace consists of two transparent chitinous shells, that looks like a folded shell that covers the animal, and they have one eye and a caudal spine. The limbs, provided with bristles, produce a vortex of water to the head, where a fine filter retains long thirst protozoa, algae, bacteria. 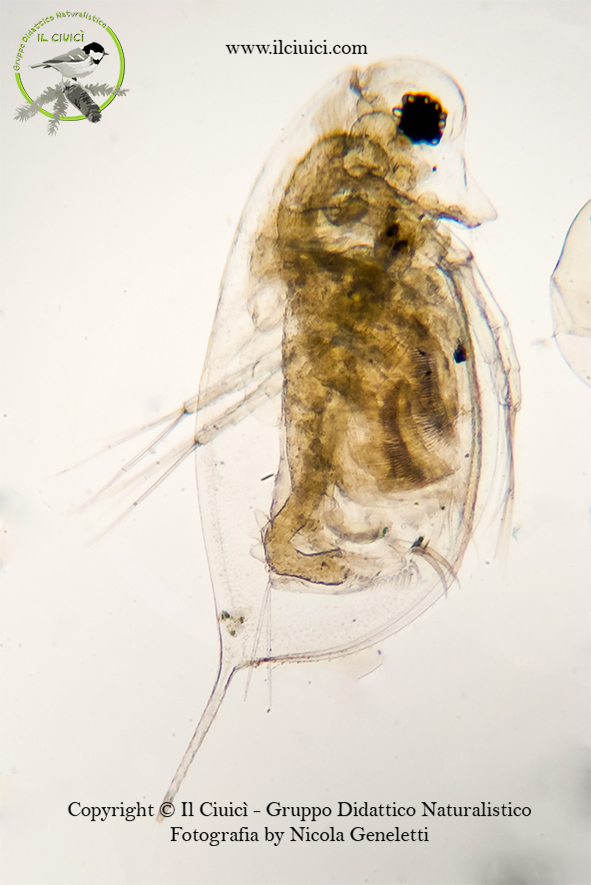 Like all living things, even the planktonic organisms have a density greater than that of water, due to the construction of the cell cytoplasm, whose density is between 1.02 kg / m3 and 1.06 kg / m3. Despite this factor, the plankton is able to prevent the tendency to fall on the bottom thanks to a series of adaptations of various nature, which allow the flotation. One of these, certainly the most important, is the shape of the body, which offers a certain resistance to fall much larger is its surface compared to the volume it occupies. The presence of tentacles, cilia, flagella, laminar expansions or threadlike and associations of single-cell algae in filamentous colonies with chain structure are just some of the adjustments used to make this advantage. The decrease of the specific weight can also occur due to the presence of vacuoles filled with air or gas, fats and oils that the body produces and maintains within its body. The rate of fall is also countered by the weak own movements that may occur by contraction of the body (as in the jellyfish) or thanks to the movement of cilia, tentacles and other organs locomotives. 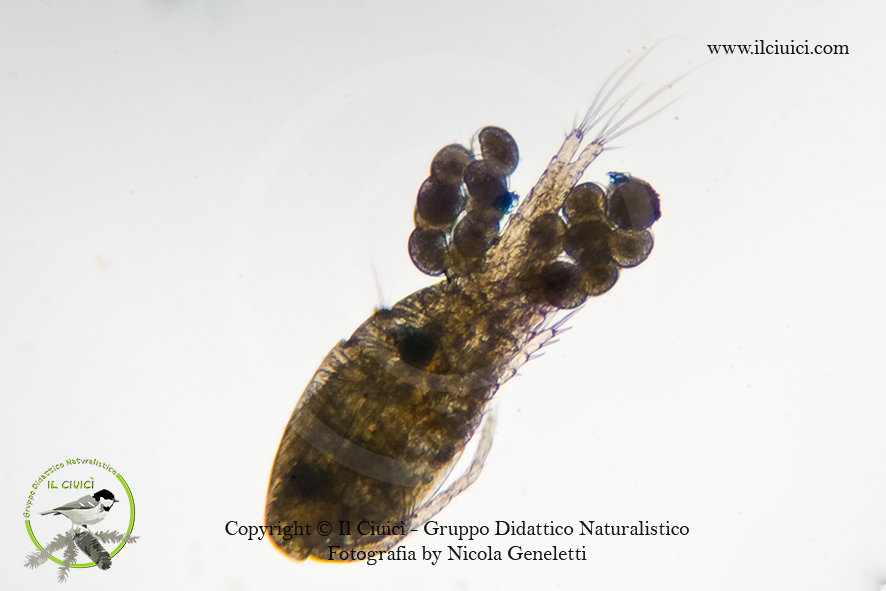 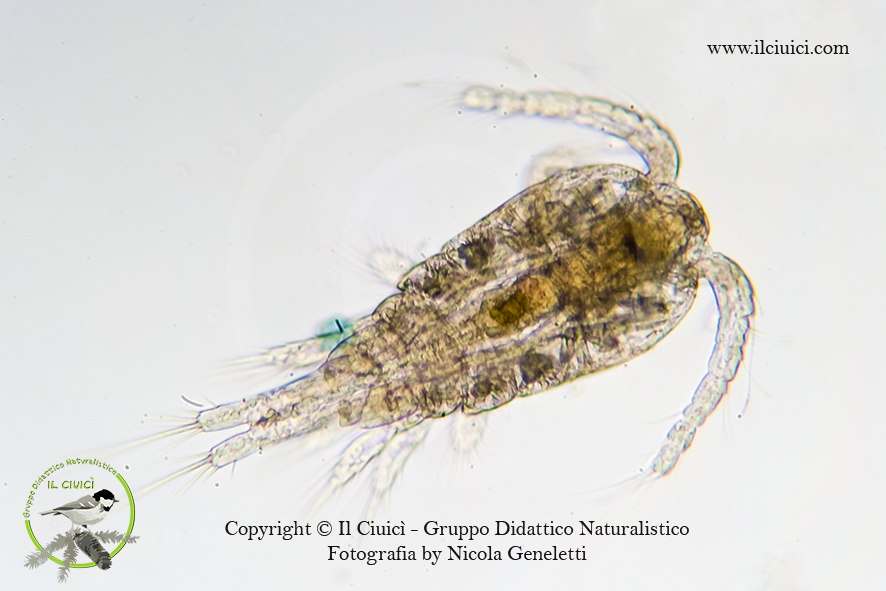 Copepods, with about 12,000 species currently known, are the most widely represented subclass of crustaceans in the plankton and communities meiobenthic (benthos sizes between 0.063 mm and 1 mm) of marine and continental waters. They are very abundant and diverse in pelagic environments, where they can colonize both surface water that deeper ones; many species are also found in neritic waters, on submerged algae or vegetation; many more are permanently part of epibentoniche biotic (living on the surface of the substrate) and freaticole (living within the sediment), both marine and freshwater.

A large number of species are parasitic or commensal of many organisms, including sponges, coelenterates, annelids, crustaceans, echinoderms, molluscs, tunicates, fish and marine mammals; other, mostly belonging to the orders of arpacticoida and ciclopoida, they are permanently adapted for life in underground aquatic environments, particularly those interstitial, iporreici source (transitional environments between the water flowing in the river bed and those present in aquifer) and phreatic. A considerable number of species eventually colonize very special semiterrestrial habitats as litter, moss, wet soils and mangrove roots. 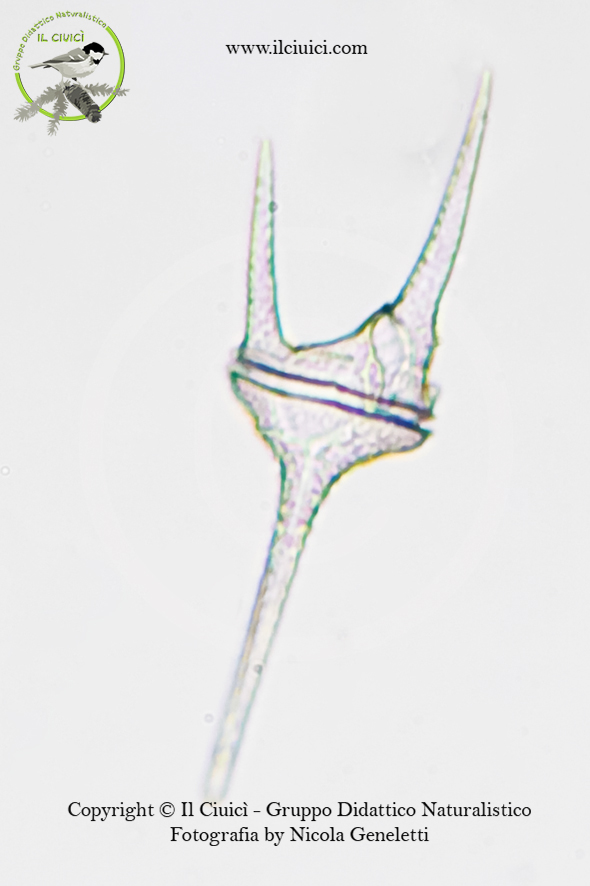 The dinoficee (Dinophyceae) are a class of flagellate unicellular algae. They are important because responsible of red tides: they develop under certain conditions of low salinity, high temperature and calm sea.

They have a solid housing cellulose with a groove where it rolls up the flagellum and are related to ciliated protozoa. They may be symbiotic organisms with sponges, jellyfish, corals, sea anemones. Corals yield glycerol as waste of photosynthesis, decisive in forming reefs; the dinoficee who live inside the corals belong to the genus Zooxanthella.

They are bioluminescent, emit light when disturbed probably to scare predators; some can live in the form of resistance cysts (rich in Sporopollenin) carried by the current and then settle on the bottom of the sea as soon as conditions are favourable. When particularly fish pass nearby, they leave the quiescence, return algae, and became predators inhibiting, with their own substances, the respiratory system of the prey causing their death. Nutrition takes place through the work of a “trap” that is everted to suck all substances may be useful. 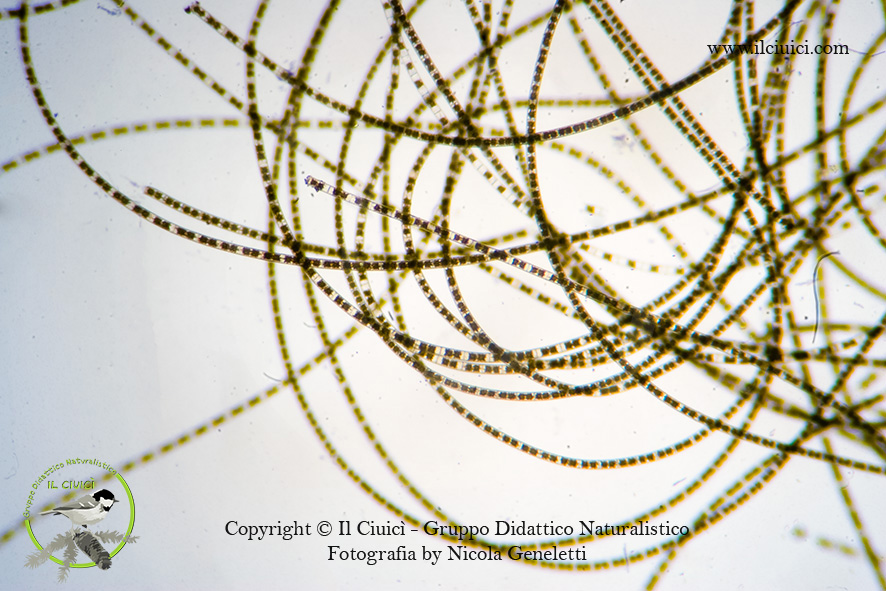 Looking through microscope a drop of water taken from a pond, you see that it is home to dozens of small organisms capable of moving independently. They belong to the class of flagellates, so called because they have small organs whip shaped, the flagella, which are the driving force that allows these organisms to move. Some considered plants, are called fitoflagellati, others considered animals, are called zooflagellati. The most important difference that separates plants from animals is that the former contain chlorophyll, a green pigment that allows them the process of photosynthesis, by which plants, using sunlight as a source of energy, produce the food they need. Animals, without this ability, can feed only at the expense of other living beings. The fitoflagellati, in addition to the ability to move, have an organelle sensitive to light. They then have the characteristics that belong to both the plant kingdom than to the animal; are, in short, life forms intermediate between the two kingdoms.

The coniugatoficee are algae living exclusively in freshwater, they are unicellular and belong to the group of green algae. For the special beauty, they deserve the attention of the microscopist. Botanists divide them into four orders. Three of them are represented by algae that occur solitary; the order of the filamentous, instead, are algae that attach to each other, forming the fragile filaments which can be interrupted easily, without that the individual components are affected. Are defined “coniugatoficee” for the way they reproduce: the cells of different sexes approach and unite through a small channel, with which exchange their genetic heritage. The coniugatoficee can also reproduce by division. Particularly beautiful are the Closterium, the typical shape of a crescent moon.