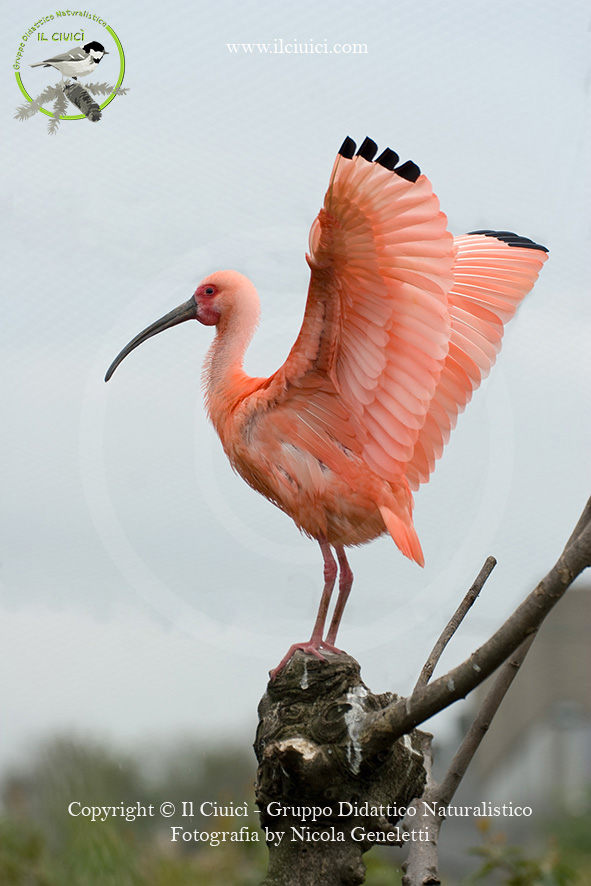 As with flamingos, the bright red feathers comes from a carotene, canthaxanthin, present in certain types of fungi, algae clorofitas, bacteria, fish, shellfish and shrimp they feed on. In captivity, for lack of regular consumption of crustaceans, its plumage tends to lose shininess and become paler; to keep plumage color vivid, it is added to its diet supplements to compensate for this deficiency.

Scarlet Ibis couples are formed in the early spring and remain together for at least a season. It happens, however, that the first choice is not the right one, and in this case the male, left the first mate, shows the same ardor conquering a second one, performing in a series of wedding sequences. He shakes his head down, stretches his neck beating the beak in a nervous back and forth with open wings. In the water the beat is accompanied by repeated immersion attitude reminiscent of the young when requesting food. So the male gives a gift to the female, some twig, and the offer means that the time of mating is near. But first he’ll search for the nesting materials, that will be built by the female on the branches, usually at a height ranging from 1 to 7 meters.