Home Evolution THE TREE OF LIFE

The modern biological science considers the theory of common descent as a fact: all forms of life on Earth are descended from a common ancestor (tree of life). This conclusion is based on the fact that many features of living organisms, such as the genetic code, seemingly arbitrary, are shared by all taxa although some have speculated multiple origins of life.

The relations of common descent between species or groups of higher order are said phylogenetic relationships, and the process of differentiation of life called phylogeny. Paleontology gives strong evidence of such processes. 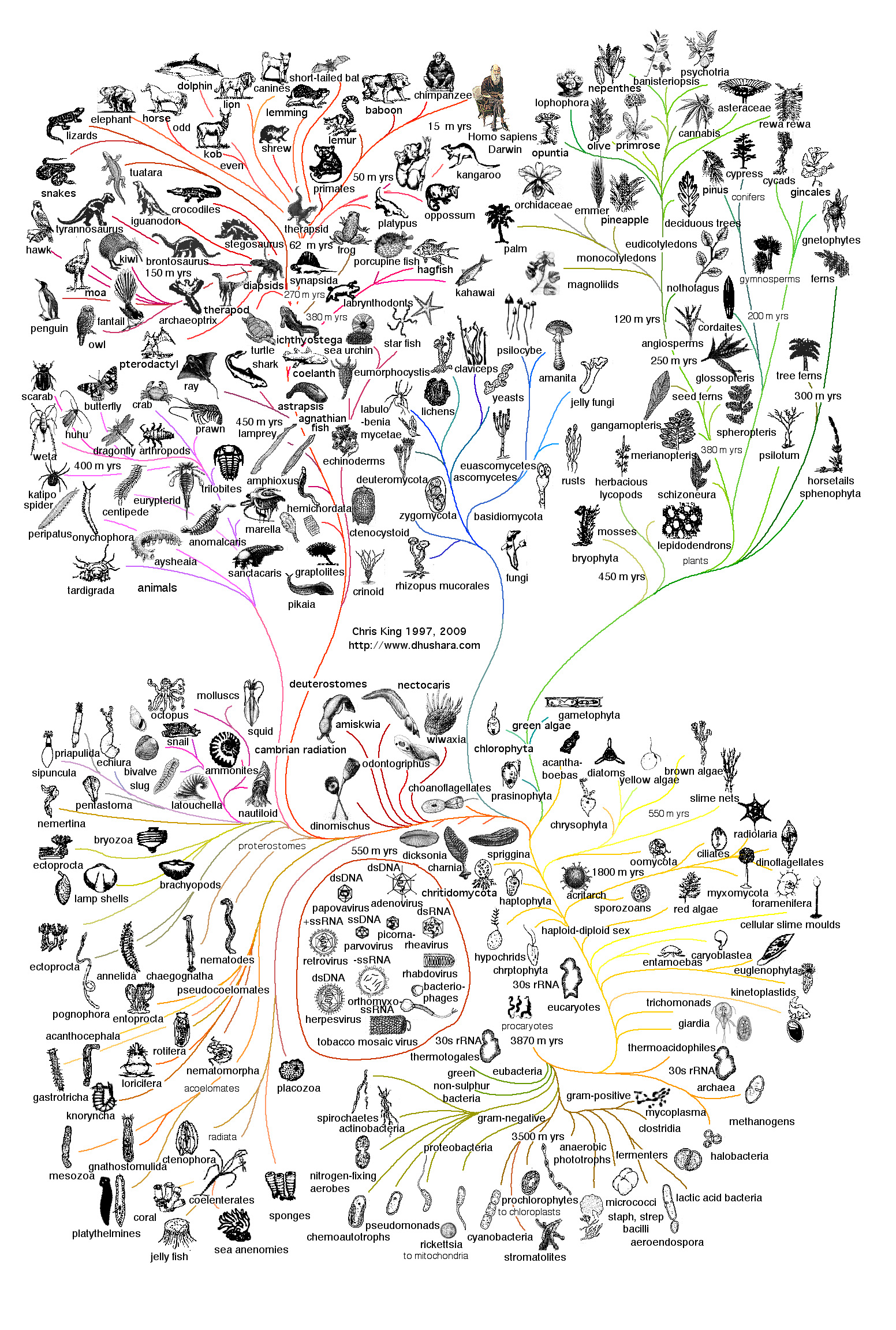